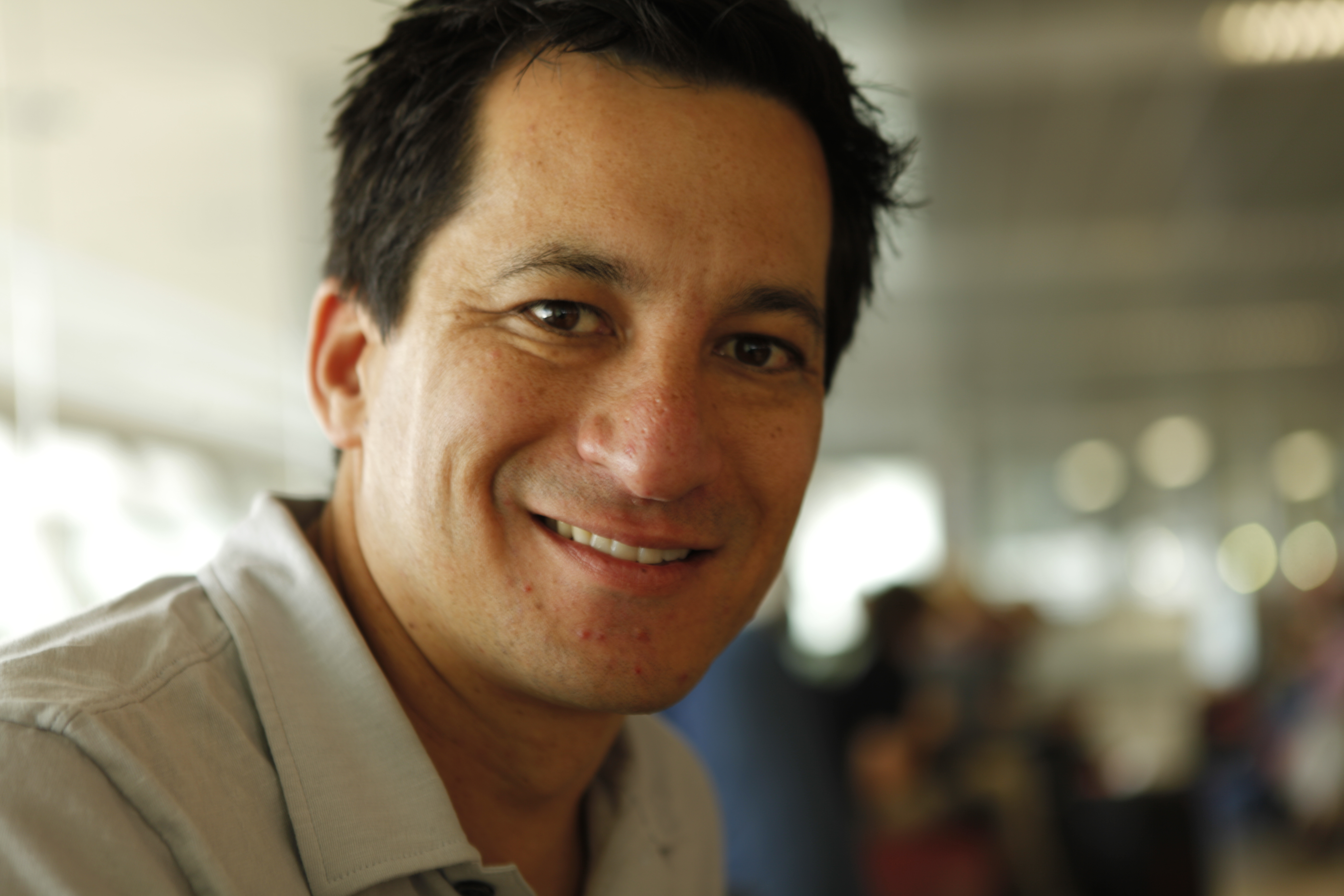 Today we are pleased to have Richard Lau, long time Domain Industry expert, high profile domain investor, and (volunteer) Exec. Director of the WaterSchool with us here at dotWhatever.  Richard is organizing and putting on the upcoming NamesCon Internet Names Convention this January 13-15 in Las Vegas, and we asked him to share with us some of his insights into the NamesCon show, and his thoughts on the new gTLDs and their place at the upcoming NamesCon show.

Thank you for taking the time to speak wth us Richard. If we may ask..

Q:  If you could please, why not tell us a little about your background in the domaining industry.

Richard Lau – I’ve been involved with domains since 1996 and sold my first domain in 1997. I started my first ICANN registrar in 1999, and have run a public DNS service, brokered countless domains, recovered hijacked domain names, done consulting for ICANN and am involved in dozens of ICANN Accredited Registrars. My highest prized domain that is not currently developed out is Face.com

Q:  Word is that NamesCon is gearing up to be a very well attended show.  Congrats to you.  Please tell us about NamesCon and the reason why you decided to organize it and put it on.  Also, did the releasing of the new gTLDs have any influence on putting it on?

Richard Lau – There’s been a group of domainers who get together in Las Vegas from time to time, often at the drop of a hat. And this year I decided I’d like to go to both CES and Affiliate Summit, so naturally we’d have another get-together. I looked at renting a boutique hotel and just having networking around meals and drinks but one thing led to another and NamesCon morphed into a full fledged conference. Now, with Jothan Frakes leading the content agenda and Jodi Chamberlain running the logistics, we are expecting that NamesCon will be the largest internet domain conference outside of ICANN.  The release of the new gTLDs didn’t have an influence on putting the show on, but I do think it has contributed to the ground-swell of attendees coming. We have over 400 attendees already and we are still a week away from show time. We may have to decide if we call the show a sell-out or if we can make room for everyone if we start to exceed 450 to 500 people.

Q:  How prominently will the new gTLDs be a focus at NamesCon?  And other than the ‘DIY Food and Beverage’ angle, what can we expect different at NamesCon from other domaining conferences?

Richard Lau – You can see that our Agenda of content is almost complete at www.NamesCon.com/sessions and you can see that the new gTLDs do play into at least two-thirds of the sessions.  NamesCon is not a “domaining show” in the way that TRAFFIC or Domaining Spain are. The concept behind NamesCon is to bring together disparate sections of the internet naming sector and get everyone networking to see where conversations lead to opportunities and synergistic deals. Registries, registrars, registrants, suppliers, marketers, brand managers, and ICANN all under one roof dealing with the business side of things. ICANN conferences have their place but are centrally dealing with policy. NamesCon will not have a domain auction because it is not a “domainer” hang out. It is a content and networking centric show. People called me crazy when I proposed 3 tracks of simultaneous content. In actual fact, we could have had 3 or 4 days of content and not run out of topics. There is so much to discuss, that I am more concerned we won’t have enough time to cover it all.

What is similar to other shows is that we will be holding a WaterNight to benefit the charity: WaterSchool. NamesCon will be donating $50 to WaterSchool for every NamesCon attendee who goes to WaterNight, and in addition to that, NamesCon, along with sponsors, will be covering the open bar bill for everyone. I hope that everyone who attends WaterNight will match the $50 donation to WaterSchool.  Also, in acts of selflessness, Jothan Frakes and Yancy Naughton have offered up their heads to be shaved if we can raise enough money at the night in a tradition that follows the likes of Jeffrey Gabriel, Vern Jurovich, Bill Lozada, Ron Jackson, Jodi Chamberlain and myself — all of whom have been shaved bald for charity. It’s a crazy thing to be sure, and extremely entertaining and we call it WaterShave (see: www.WaterShave.org). WaterNight will be held at the beautiful Havana Room on the Tuesday night of Jan 14, 2014 and everyone will need to pre-register for it at www.WaterNight.com

Q:  What do you see the future for NamesCon? Do you have a path or course you plan to take it on? Do you see NamesCon being a once a year (or more) show?

Richard Lau – It is a bit premature to say, but currently I see NamesCon being a once or twice a year show. There are a lot of conferences in flux right now and I think that sponsors will start to pick and choose where they allocate their budgets to where they receive the most value. If NamesCon doesn’t deliver the highest value to sponsors, then it doesn’t deserve to continue. From what we have put together thus far, I believe sponsors and attendees will see an ROI at NamesCon that will make it the “best value, can’t miss, let’s book early for next year” experience. I have been to dozens of conferences, and I have tried to look at NamesCon from every perspective: industry, speakers, sponsors and attendees. As I’ve said, this is my show and I’m risking my personal reputation, my personal capital and my “brand” on it being a fantastic experience.

Q:  Do you mind telling us your take on the new gTLDs? Do you see them catching on, and do you think it will – be fairly quickly, slowly over the years, not at all..?  Also, do you plan to invest in any as they come out?

Richard Lau – I am not the smartest guy in the room. I wish I was. Then again, I wish I could turn the clock back to 1996. I’m not the kind of guy to say “mark my words”. I’ll throw in my opinion though. New gTLDs are here. They are scary and they will affect pricing of traditional premium domains. I think they will catch on fairly quickly, depending on the marketing that the new Registries put towards them and the incentives that Registrars receive to promote them to their customers registering new domains. When you imagine what your kids will do in 5 years when they go to register a domain for their lawn cutting business, do you think they’ll hesitate grabbing a .xyz domain for $5 versus spending $15 on a .com? It’s really not about us, it’s about the next generation. I believe guys like Frank Schilling and Paul Stahura are not looking at a quick play, they are looking at the long term change. They are looking at their kids.  I’ve not yet invested in any, but I am currently looking at some opportunities in the new gTLD world.

Q:  How do you see the new gTLDs impacting the domain name sales market? How do you think they will effect demand and pricing of premium and prime domains?

Richard Lau – As a holder of .net domains, it pains me to think this, but I do think some of the existing premium domains in non-.com will be negatively affected.  Also, multi-word keyword domains in the .com realm won’t be unaffected. However, I do believe that new gTLDs will increase the value of one (and some two) word .com premium domains.  And when I speak of negatively affected, I don’t mean in the short term, I am looking at 5 years down the road.

Q:  While in Vegas will we find you at the craps or blackjack tables?

Richard Lau – I think I have been to Las Vegas over 30 times. And in all that time I have been at a craps table twice, and at a blackjack table maybe 4 times. Believe it or not, there are a lot of things to do in Las Vegas besides gamble. I encourage people to go to Red Rock Canyon, head out to the Las Vegas Speedway and drive a racecar, hike the backcountry of Valley of Fire and definitely take a spin to the Hoover Dam and the amazing Hoover Dam Bypass. There are so many great restaurants in Las Vegas – Cut, Robuchon, Spagos, STK, the Wicked Spoon buffet – and the locals’ secrets: Lotus of Siam and Tacos El Gordo.  Here’s a personal secret: I really enjoy musicals, so I recommend Jersey Boys and Mamma Mia. And of course, for any non-US resident, you’ll want to fire a machine gun or two!

We’d like to thank Richard Lau for taking the time out of his hectic schedule to participate with us in our interview, and we hope you found it informative.  If you’re going to NamesCon, say hi to Richard, and tell him what a great job he did putting it together.

Your moderated comments are welcome below.