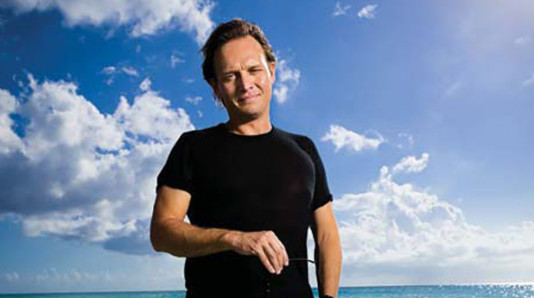 Christopher Kompanek wrote a piece on Frank Schilling that is featured in FT.com. The piece was feature in the At Home section and takes a nice look at the inner workings of the man behind Uniregistry.

Tucked inside a nondescript building on Seven Mile Beach in Grand Cayman, a stone’s throw from the island’s largest and glitziest hotels, Frank Schilling’s home feels a bit like the Batcave. A lift leads to a large intercom-protected gate, which reveals a pair of oversized double doors that open into a huge marble-covered entrance passage.

“We refer to it as ‘the house’ even though it’s technically a condo,” says Schilling, the owner of Uniregistry – a top-level web domain name registry – as we walk through an endless maze of rooms. They include a set of guest quarters with a private entrance; a cosy library, a spacious craft room for his two children, Elle and Leo, aged nine and eight; and a screening room with suede-lined walls and a Capiz chandelier that he refers to as “Talitha Getty chic”.